I had been wanting to visit Athens since summer 2010 when I did a West Europe trip with a friend. But a riot due to the economic crisis in Greece exploded and forced us to cancel the visit to Athens. I was not sure if the situation in 2016 was better but things had moved on. There was rumor that Greece would leave UE but again everywhere in the world things were somehow unstable.

Long story short, we arrived in Athens’ Pireas port after a ferry night from Chania. We took the metro from Pireas to Victoria, close to our hotel. Athens is the capital of Greece, known for its ancient civilization and culture. A mix between this historical sites and the everyday life during this unstable situation is the highlight of this story.

It was both easy and difficult to find a place to sleep in Athens. Nice hotels were located around Acropolis area but were out of my budget. Cheap hotels can be found around Omonia but the area was relatively unsafe. Omonia was the gathering place of the turmoil back in 2010, and apparently had become a dodgy and shady place since then. We ended up in a nice bed and breakfast that cost 20€ per night for two people in the north of Victoria station. We did not have further information about this area and assumed that it was safe enough – we later found that it was not the case. The owners were two nice guys who were very informative during our stay. The only thing that we probably regret was to get a non-AC room when the outside temperature was about 40° C. So much for environement..

Athens has a lot of museums and archeological sites. Although in other parts of Greece and Turkey we could find these kind of interests, Athens would probably be the most exposed and also well-preserved sites in my knowledge. It is also known as the heart of Ancient Greece.

The visits to the museums and the sites were not cheap. The best deal for us was to get the 30€ pass that allowed us to visit Acropolis and slopes, Ancient Agora and the museum of the Stoa of Attalos, Roman Agora, The library of Hadrian, Olympieion, Kerameikos and its museum, and Lykeion of Aristotle. The pass could be bought in any of the mentioned site. However if you only wanted to visit one site then the pass would be less interesting. In that case I would recommend to go for the Acropolis or the Agora.

All the sites are somehow connected. We started the visit from the Ancien Agora which was the center of Athenian democracy. Passing through the Agora we walked up to the sacred rock of Acropolis. The Acropolis was on the list of the UNESCO heritage list. The remainings found in the Acropolis is dated back to 5th BC. We passed through the famous Propylaea gate to enter the top of the hill. They were in the middle of changing the guard. On the top of the Acropolis stood the well-known Parthenon, a temple dedicated to Athena. Athena was known to be the goddess of wisdom, craft, war, and also the protector of Athens. Due to the fragility of the structure, Parthenon was supported by several steel frames. It is also possible that they were doing a restoration to the site. 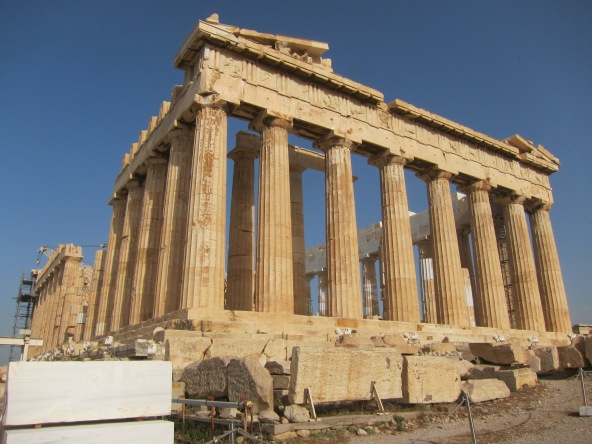 Another remaining such as Erechtheion was there but I don’t have enough knowledge to write about them. One remaining that I unfortunately forgot the name attracted my attention. The columns of this temple were made in goddess form that I found beautiful and empowering to women. Its replicate can be found inside the Acropolis museum. 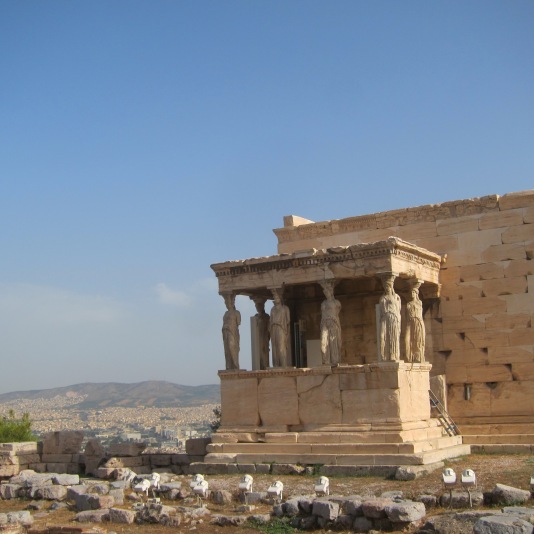 The one that I can’t identify. Was it the Athena Nike?

From the top of the hill we were able to see other interesting buildings in the surrounding , especially at the slopes of the hill. Some remarkable sites include the theater of Dionysus Eleuthereus at the south slope and the temple of Olympian Zeus, the Olympieion. The Aeropagus hill and the Socrates prison just below the Acropolis hill were also seen

Other than the Acropolis and the Agore, the other sites were mostly small and dispatched. It would only be seen as ruins without any additional information.

I think the tower (Clock of Kyrrestos) at the Roman Agora was interesting. It was adorned with figures of the eight winds. It may sound abstract but the reliefs did and felt like the flow of the wind.

Another interesting site was the Kerameikos – the oldest and largest attic cemetery. The ancient gravestones and tombs – of rich and powerful people – were sculpted beautifully with one most memorable scene from the dead’s life. 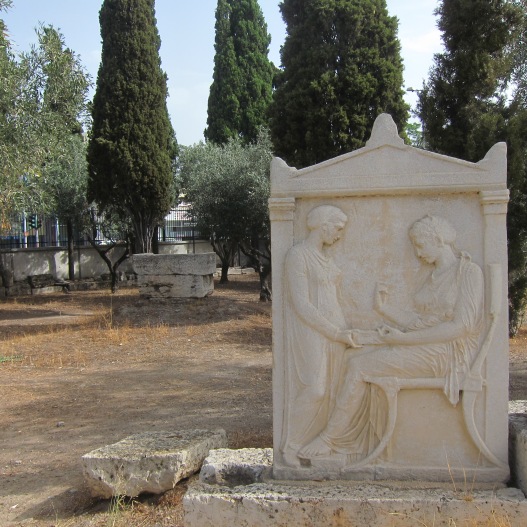 One of the gravestone

I did not feel anything special in the library of Hadrian and Lykeion, probably due to my lack of information. 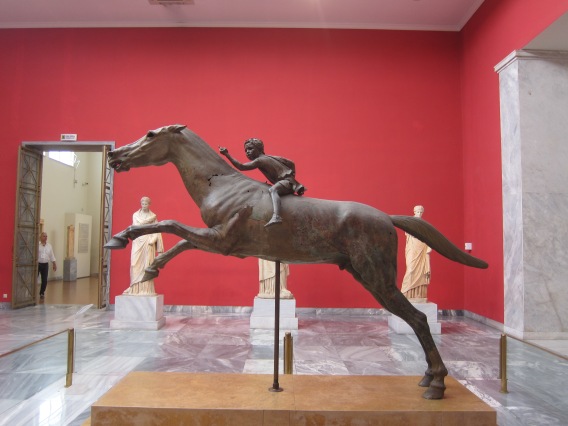 At the National Archeological museum

There were some other museums and sites but we did not have the opportunity to visit them.

What were there beside ancient sites and museums?

Of course Athens was more than that. Despite the recent movements due to the economic crisis, people did live their life normally. One of the most interesting areas was the Monastiriki area. It was the area where shops – and luxurious shops – and some expensive restaurants can be found. It felt somehow surreal because the surrounding districts were gloomy and didn’t have any excitement or joy to it. Athens flea market was located here as well. 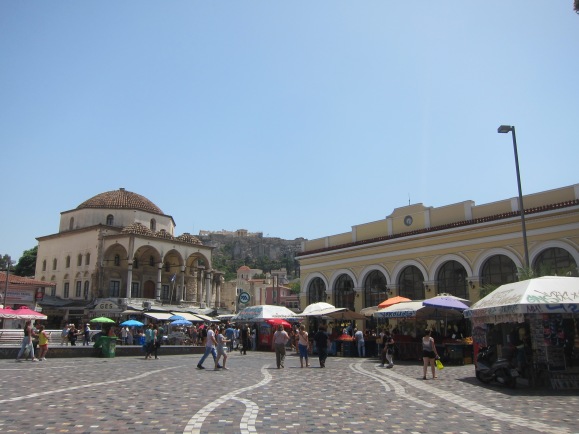 We did visit the Greek parlement building just because.. 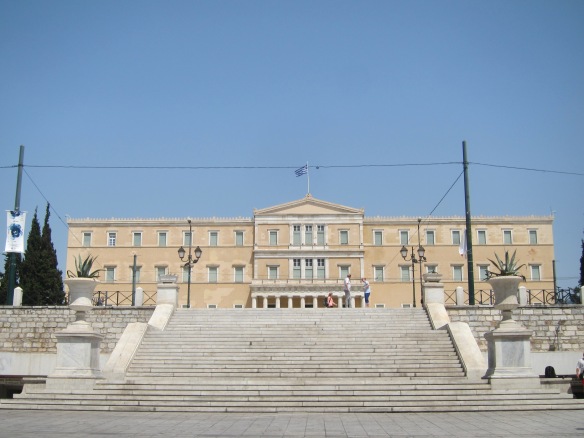 Looking back to the time we stayed in Athens, I feel grateful for what I have now. At the supermarket – Carrefour – just beside our B&B, the food products were secured with anti-thefts. It was not my everyday view to see a can of tuna put into a glass box or tied with an anti-theft. 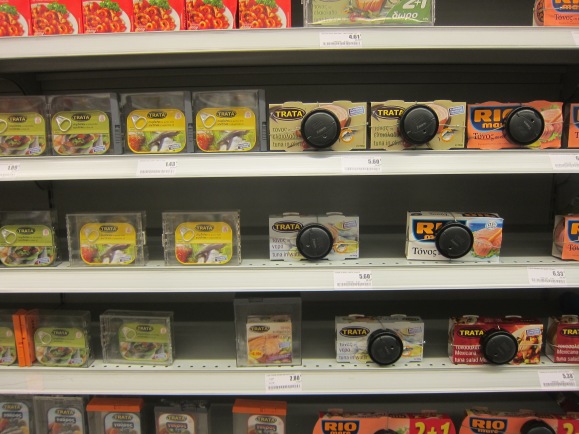 One afternoon on our way to get dinner, we walked down the street not far the National Archeological museum. I’m not sure now but it may be the Vasileos Irakliou. We saw a bunch (around 20) of people on the street from distant. At the beginning I was worried but we were just beside a big museum what could go wrong right? Getting close, these guys started to throw buckets of water to people who passed by without no reason. They also stopped cars and throw water inside the cars. Long story short they did throw water on us. My friend was about to get into a fight with them but of course it was useless since we were outnumbered. We let go but it was rather a terrifying situation to be. 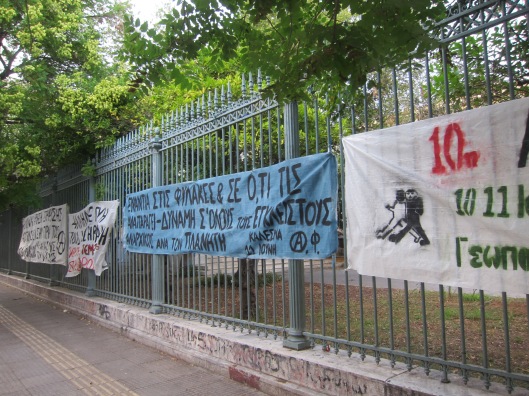 The street where we got attacked

So how was Athens?

Yes, we had some unpleasant experiences during our stay in Athens. I did not necessarily meet nice people on the street and the weather was very hot. However I did like some old taverns close to Psirri or Lofos Strefi. I also enjoyed the richness of the culture and the civilization of the ancient Greece. I did surprisingly love the small hills here and there all around the city. 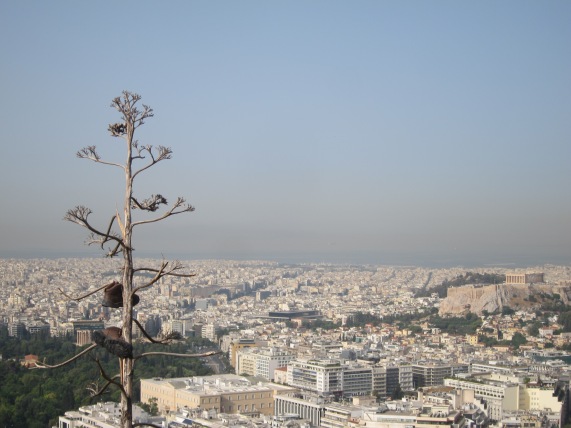 A hill in Athens, I don’t remember the name

Last warning would probably be about the metro. Due to the instability there, the metro would have strike like everyday. So the evening before I took my flight I made sure by asking several metro stations that they would not be having a strike the next morning. Everyone said it would be normal.

And..
They did have a strike the next morning..
Without any announcement in english..

I was lucky that a couple saw me with a huge luggage and asked if I was going to the airport. They told me to get off the metro and  to follow them to take the express bus to the airport. They saved my life. I took the flight back and was happy when I saw the magnificent Alps from the plane. 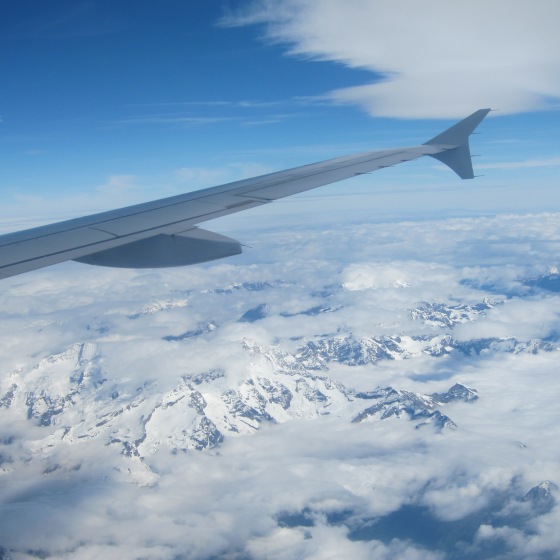